In this part of the site, you can discover by the images the various places that we manage, where we welcome and take care of the poorest of the poor people.

You can also put a face on certain benefactors or certain miraculously cured persons.

And because photos weigh sometimes more than the words, discover the beauty but also the daily hardness of our mission through sometimes deeply moving pictures.

Find a mix of old pictures dating from 2006 which illustrate the situation of poverty such as it appears to us in India and which show to you Brother Francis-Mary in his Pilgrim of Charity's everyday life.

A NEW LIFE FOR CHOTU

Chotu is a 16-year-old boy, native of Bihar, a state situated in the northwest of Calcutta. Physically and mentally handicapped, he was rejected by his family at the age of 10 and found himself one day at the railway station of Sealdah, thinking, as many of the others, of finding in Calcutta his Paradise.


In fact, starved, he roamed from a platform to an other one in search of garbage. We discovered him lying in the middle of filth.


We took care of him gradually, that is by respecting three stages which characterize our Mission:

Brother Gaston is the founder of the association ICOD, a community to which we are very close.


The ICOD is an association which proposes as well to the children, to the teenagers and to grown-ups, comming for the most part of them from the street, a new start in life.

THE GARDEN OF HAPPINESS

HERMITAGE MARY MOTHER OF THE POOR

If the major part of our associative investment is made in India, cradle of the creation of our vocation, we cannot and do not have to remain insensible in the hardness of the life which also strikes our fellow countrymen here in France.


For that purpose, a beautiful project is built stone after stone, the Hermitage Mary Mother of the Poor, in Auvergne.


Here are some photos taken during the blessing of the hermitage.

THE SLUM OF SEALDAH

These photos will show you the everyday life of the poorest of the poor people, the conditions in which they are forced to live.

A NEW LIFE FOR SADHAM

Sadham is a deaf and dumb tuberculous young, discovered half-dead on the platform of the railway station, which we took him and of whom we took great care.

THE GODFATHERS AND GODMOTHERS

Here are the pictures of an afternoon of meeting, on March 8th, 2014, between some godfathers and godmothers with their protected youngs.

THE ASHRAM OF THE GIFT OF LIFE

Ashram of the Gift of Life is an apartment situated at approximately 15 minutes of the station of Sealdah. It is at the same time our place of life, an informal school and a night shelter for the children of the railway station.


It is also here that is our parent house. 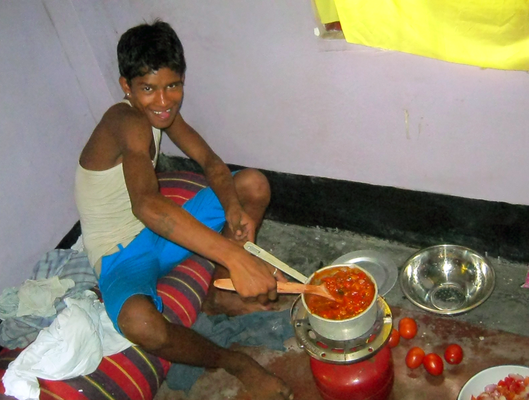 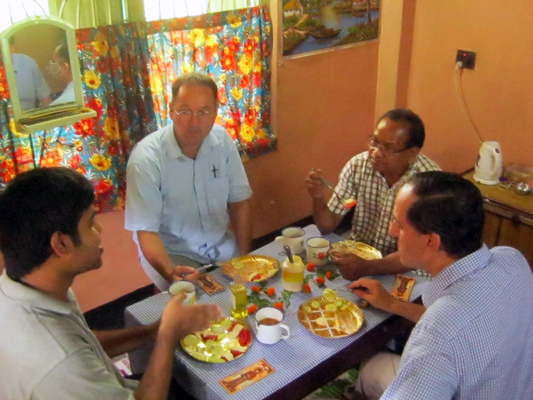 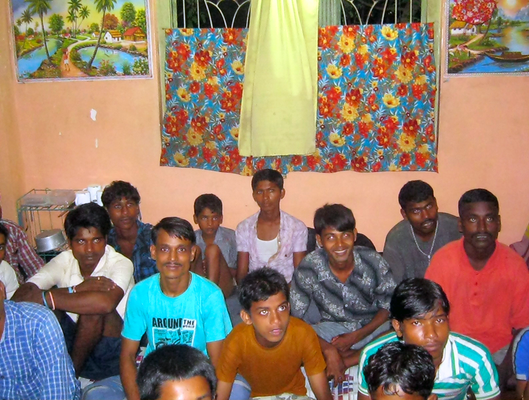 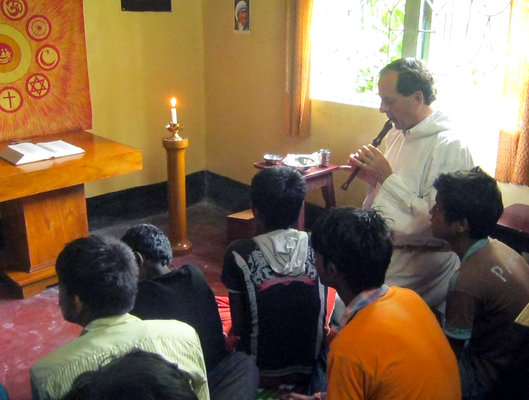 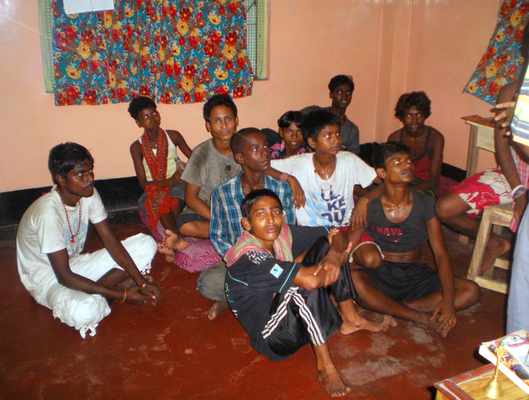 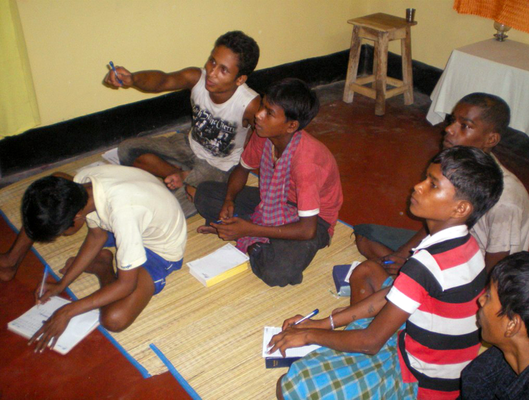 CHRISTMAS 2014: THE COMING OF MADHURI

In the special Christmas time, a young volunteer, Madhuri de Langre, came to visit us and give support to the association.

Here are photos taken during his stay with us.

TESTIMONIES IN THE SCHOOLS

Our association intervenes as far as possible, at the request of the directors of establishment, in schools to sensibilise the youngest to the poverty and in the necessity of mutual aid for the most deprived.


Here, Thibaud Leblanc makes sensitive his companions in its adventure in India and more exactly in the support which he brought to the poorest within the Pilgrims of Charity.